The following recipe was submitted by Alzbeta, from The Volks Wagon.  Thank you Alzbeta!  This particular recipe is adapted from Breaking Bread with Father Dominic.  According to tradition, Hot Cross Buns originated on Good Friday in 1361 at St Alban's Abbey in Hertfordshire, north of London,where the monks gave them to the poor people who came there on that holy day.   Some say that the dried fruit in the bun represents the nails of the Crucifixion.  In the United States, bakers start selling hot cross buns on Ash Wednesday, and throughout the whole Lenten season. 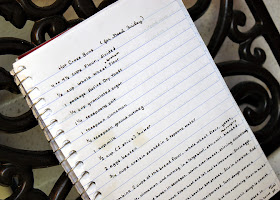 My sister started our family in following the tradition of eating hot cross buns on Good Friday a few years ago, and luckily she passed her recipe on so I could make them despite being away from the family. They're a simple bun, but with enough hearty sustenance to get you through the fast. 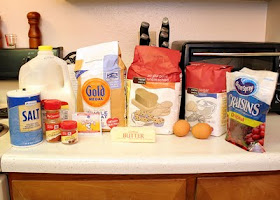 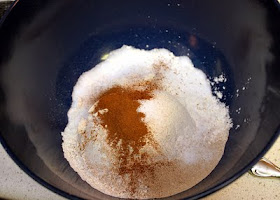 Combine milk and butter in saucepan. Warm over low heat, stirring occasionally until butter melts. Remove from heat and let cool to lukewarm. Stir in eggs. 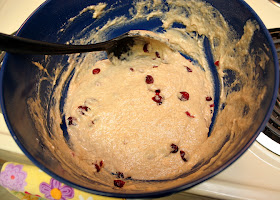 Add milk mixture to flour mixture, beat for 200 strokes (here's where my husband ended up helping, my arm got tired! Ignore the strange things I use to beat... we make do :)).

Stir in craisins. Add 2 cups bread flour, mix until flour is incorporated. Turn dough out on a floured surface. Knead lightly, adding enogh of the remaining flour to make a soft dough that doesn't stick. 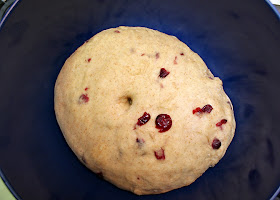 Knead about 5 min., or until dough is smooth and elastic. Lightly rub surface of dough with oil or butter; place in rinsed bowl. Cover and let rise in a warm draft-free place for 1 to 1 1/2 hours or until it rises to two times it's original size. 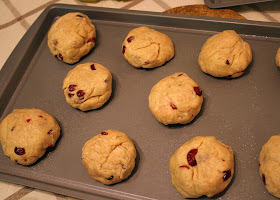 Punch down dough and transfer to a floured surface. Knead lightly to remove air bubbles. Divide dough into 12 pieces. Form pieces into balls. Place balls on a lightly greased baking sheet, leaving about 1 inch between balls. Cover with a clean towel and let rise 45-60 minutes or until doubled. 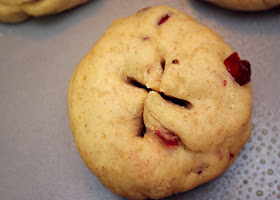 Use a sharp knife or razor blade (I use scissors) to cut a deep cross in top of each ball. (Cut deeper than you initially think, it takes a deep cut to show up in the finished bun!)

While dough is rising, preheat oven to 375 degrees. 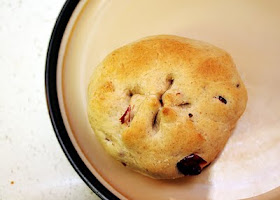